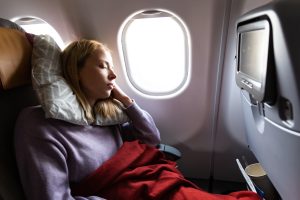 One of the most notable aerospace news stories throughout 2021 was the trend of famous billionaires travelling to space. While Elon Musk has been closely involved with space travel in recent years through Space X, entrepreneurs Jeff Bezos and Richard Branson were the first to enter the space race in 2021.

Although both billionaires claimed lifelong fascinations inspired their privately funded trips with “the final frontier,” there’s no hiding the potential commercial interest that space provides.

Musk, Bezos, and Branson have all discussed the possibility of colonizing various planets in the past. If valuable resources are discovered on planets within our solar system, then it would not be surprising if each of these billionaires tried to extract them. They are undoubtedly prominent figures in the emerging private space industry, at least from a media perspective.

Although these adventures appear to be exploratory, several other private organizations are working towards gaining a foothold in the relatively untapped aerospace industry. These organizations include governments and space agencies, Blue Origin, Lockheed Martin, Boeing and United Launch Alliance, and Sierra Nevada Space Systems.

With some notable advancements and investments, aerospace engineers may soon be in demand for commercial space flights. At present, aerospace engineers work predominantly in designing and building aircraft or spacecraft, missiles, and national defence systems. Their roles incorporate multiple areas of the design and build process, including research and development, structural design, developing testing, flight testing, and analysis.

What is Aerospace Engineering?

Aerospace engineering is a specialist field of engineering that deals with the design, development, testing, and manufacturing of aircraft (including military aircraft), spacecraft, and any relevant systems and equipment. This branch of engineering has historically been centred on issues relating to atmospheric and space aviation. This may involve several different areas of focus, such as flight safety, fuel efficiency, cost analysis, and the development and maintenance of aerospace structures.

This sector of aerospace engineering involves the design, development, testing, and production of various types of aircraft and their related systems. Engineers in this field use mathematics, theory, problem-solving skills, and specialist knowledge from a University engineering program to bring aircraft-related ideas and concepts to life. They ensure designs are fully functional before being built, tested, and used for real-life applications.

Aeronautical engineering is primarily focused on the work that involves flight within the Earth’s atmosphere.

All aerospace engineers must study core topics, such as mechanical engineering, the strength of materials, fluid mechanics, mathematics, aircraft design, aerodynamics, aircraft structures, flight mechanics, aircraft propulsion, and aircraft systems. However, when it comes to starting a career in civil aviation, qualified engineers may choose between different roles, from research and development for private aerospace companies to calculating project costs and timelines for the government.

What Aerospace Engineers Do

Engineers typically choose a path in one of the two core sub-branches: aeronautical and astronautical. Aerospace engineering refers to a broad field, so it’s common for engineers to specialize in particular niches, like aerodynamic fluid flow, robotics, or propulsion and combustion.

Aerospace engineers who work for aviation companies often specialize in specific organizational sectors, such as guidance and control systems, mechanics, or aerodynamics. However, their qualifications and knowledge enable them to contribute to any aspect of the engineering process.

Although responsibilities can vary between roles, some of the most common duties of an aerospace engineer include:

Where to Seek Employment

Aerospace engineers in Canada and the United States typically work in the commercial and military industries. However, due to their broad skill set and the multidisciplinary nature of aerospace engineering, qualified engineers can work in various sectors, from aerospace product and parts manufacturing to federal government roles.

Some of the typical employment opportunities for aerospace engineers include aerospace companies, airlines, research and development companies, consultancy agencies, the armed forces, the ministry of defence (or other government agencies), and universities.

How to Become an Aerospace Engineer

To become an aerospace engineer in Canada, you must earn a bachelor’s degree in aeronautical engineering. To become licensed as an engineer, you must graduate from an accredited educational program, gain four years of supervised work experience, and pass a professional practice exam. For some roles, you may need a master’s or doctorate degree.

The Demand for Aerospace Engineers

Due to the acceleration of the aerospace industry in recent years, aerospace engineers are in high demand globally, particularly in Canada. According to Environmental Science, the demand for aerospace engineers is expected to grow by 7% over the next decade. Further progress in the private space sector could see this figure increase significantly.

While space tourism might be in its infancy, it has already become a reality. The market is expected to be worth $3 billion by 2030, and suborbital aviation is the most likely space tourism sub-sector to see early growth.

A five-person crew controlled Richard Branson’s suborbital journey with Virgin Galactic. The chief astronaut instructor of his crew had an aerospace engineering background at NASA. Although Jeff Bezos travelled in an automated New Shephard system, aerospace engineers are responsible for making this project happen.

Over the next few years, aerospace engineers will be in huge demand as extremely wealthy space tourists become more common. While space travel will be limited to the wealthy in the early years, SpaceX, Boeing, Virgin Atlantic, Blue Origin, and other aerospace organizations are determined to take working-class citizens to space in the future.

Further aerospace innovation will spark faster growth in this sector, creating an even greater demand for aerospace engineers in every role imaginable. Government or aerospace industry-led initiatives may be necessary to encourage students and engineerings to get involved in the industry.

The Ontario Society of Professional Engineers (OSPE) represents the engineering community in the province, such as professional engineers, graduates and students, including those dedicated to the progress of aerospace innovation.

Whether you’re already involved in aerospace engineering or you’re interested in keeping up with the latest developments, join OSPE. We are committed to elevating the profile of the engineering profession and work to create opportunities for collaboration, networking, further learning, and community building for all our members.