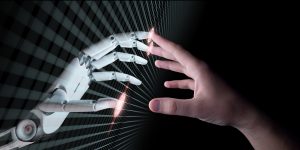 Engineers apply scientific principles to design, build, and use machines, structures, and systems to solve a range of complex problems. Historically, engineering can be divided into two categories: phase 1.0 and phase 2.0.

The first phase of engineering began in the mid-18th century at the beginning of the First Industrial Revolution with the advent of the steam engine. This phase continued through the 19th century, during a period of rapid technological and industrial development. This age oversaw the electrification of industry, the use of machine tools and mass production, and the invention and adoption of the automobile.

In the mid-late 20th century, the digital or computer age marked the beginning of phase 2.0, where automation and artificial intelligence began to take hold. These technologies allowed companies to replace or supplement manual human labour in factories and warehouses.

In addition, with the second phase came a renewed interest in sustainability. The importance of long-term, environmentally friendly solutions became apparent in the wake of research regarding anthropogenic climate change. As the demands of society grow, governmental budgets for engineering services must provide the funding necessary to facilitate these changes.

Some of the technological breakthroughs of phase 2.0 are occurring in the major fields of energy, medicine, transportation, robotics, and AI.

Renewable energy and environmentally friendly alternatives to fossil fuels, such as gasoline and coal, are becoming increasingly necessary to effectively combat climate change and reduce air, ground, and water pollution. Solar, wind, and hydroelectric power remain at the forefront of alternative energy sources. In Canada, hydroelectric power provides 60% of the country’s energy needs.

However, other power sources are required to meet future energy needs, which are expected to increase with the adoption of electric cars. While nuclear power is controversial, the technology is highly safe and efficient. Nuclear power requires less space than wind and solar and has an equivalent carbon footprint to wind power.

Computers and AI are playing an increasingly prevalent role in health monitoring and diagnostics in the digital age. Telehealth, for example, is the delivery of healthcare services remotely using telecommunications technology, such as videoconferencing. This allows doctors to see patients living in remote regions, where face-to-face access is limited, or who have difficulties with mobility.

During the COVID-19 pandemic, the need to examine and diagnose patients using remote technology has become even more important, minimizing the risks to doctors and hospital staff.

However, the future of engineering in medicine will include AI-driven surgical robots and systems that use database analysis and flowcharts to help diagnose injuries and diseases. Engineers will continue to drive this technology forward, improving diagnostic tools.

In transportation, autonomous vehicles, such as self-driving cars and trucks, are a constant topic of discussion. Vehicles that don’t require a human driver, relying on an AI to interpret environmental information, have significant potential for widespread implementation.

However, the future of transportation from an engineering perspective isn’t limited to driverless cars. It includes buses and railway systems and the infrastructure necessary to support these methods of transport.

The Applications of Robotics

Robots have been used in the manufacturing industries for decades, increasing workers’ productivity in various trades. One of the most well-known examples is robots in the automotive industry to hold workpieces for welding. Outside of manufacturing, robots are used for national defence, hazardous-materials handling, space exploration, and advanced prosthetics.

Robots are used in combat and non-combat applications, such as reconnaissance and surveillance in the military context. They are used for explosive ordnance disposal (EOD) by military and law-enforcement agencies, allowing EOD technicians to identify and defuse explosives without exposing themselves to unnecessary risk.

Scientists use remote-controlled and autonomous robots in space exploration to conduct experiments and manipulate the environment. On Mars, for example, rovers have highly sophisticated instruments that they use to take samples from the planet’s crust, such as soil and rocks, for later examination.

For amputees, robotic humaniform systems to replace lost limbs were once the subject of science fiction. Increasingly, however, this technology is becoming available to civilian and veteran amputees.

Battery-powered robotic arms and legs allow amputees to regain freedom of motion, restoring pre-injury function. The most sophisticated designs connect to the patient’s own nerves, allowing for a degree of control unparalleled by alternative systems.

Artificial intelligence, also known simply as AI, is a powerful force for economic innovation and growth. AI also has the potential to affect several occupational groups, including white-collar positions, such as corporate manager and financial analyst. As a result, AI is controversial, with some seeing it as a future jobs killer.

It’s important to remember, however, that the potential of AI to raise standards of living will offset any job losses resulting from its widespread adoption. Furthermore, AI creates new jobs in related industries while shifting human workers to more productive uses, increasing their value. It also reduces the amount of manual labour performed, enabling humans to extend their working life and postpone retirement if they desire.

AI is the common element joining energy, transportation, medicine, and robotics regarding technological and industrial applications. Smart solutions to these problems require AI to take information from multiple sources and identify the best solutions.

In medicine, the use of AI can reduce the incidence of misdiagnosis and malpractice litigation. AI-driven robotics can reduce the risk of injury or death to human workers in warehouses and factories. AI-based software can also improve the inventory management of warehousing facilities, ensuring storage and retrieval efficiency. As it develops, Artificial Intelligence can revolutionize human life.

Engineers of the Future

For engineering students and professional engineers to drive innovation, collaboration is necessary. Advocacy associations, such as the Ontario Society of Professional Engineers, allow engineers of various backgrounds and experience levels to cooperate and learn from each other. OSPE and other professional organizations also report on and work to improve the working conditions for engineers in Canada.

If you want to better understand engineering licensing and accreditation requirements and the ethics of engineering, joining a professional or advocacy group can provide you with the resources you need to further your career.