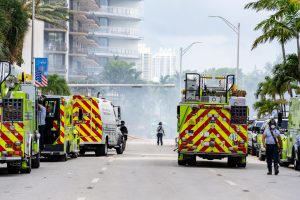 On June 24, 2021, a 12-storey condominium in Surfside, a suburb of Miami, Florida, partially collapsed as a result of a structural failure, causing 98 deaths and approximately US$1 billion (CA$1.265 billion) in property damage.

Although unplanned building collapses are exceptionally rare, reports revealed that the primary contributing factors were degradation of the reinforced concrete structural supports and corrosion of the reinforcing steel beams.

In the wake of these tragic events, structural engineers worldwide believe the way we design, inspect, and maintain buildings will fundamentally change.

What is a Structural Engineer?

Structural engineers work alongside architects, civil engineers, and construction firms to design and build everything from skyscrapers and towers to bridges and oil rigs. The work is incredibly demanding regarding standards of quality and adherence to design principles.

Three years before the Surfside collapse, the engineering firm Morabito Consultants evaluated the property, reporting on structural damage to estimate repair costs. Among its conclusions was that the pool deck was not properly constructed. As the waterproofing layer was not sloped, water would stagnate, causing damage to the concrete over time.

A former maintenance manager reported that during high ocean tides, saltwater would enter through the foundation. Saltwater promotes aggressive corrosion and spalling, damaging the structural reinforcement of the concrete.

Morabito Consultants reported that the failed waterproofing was “causing major structural damage to the concrete structural slab below these areas.”

Under the pool deck, the firm continued, “where the slab had been epoxy-injected, new cracks were radiating from the originally repaired cracks.” The firm warned that “[f]ailure to replace the waterproofing in the near future will cause the extent of the concrete deteriorating to expand exponentially.”

On June 24, according to the Miami-Dade Fire Department, 80 rescue units responded to the scene. United States President Joe Biden approved the Florida governor’s state declaration, which authorized the release of federal resources to manage the crisis, including assistance from the Federal Emergency Management Agency (FEMA). Teams consisting of 10-12 rescuers worked at a time to sift through the rubble and find survivors.

Disasters such as the Surfside condo collapse illustrate the importance of ethics in the engineering disciplines, especially regarding inspection procedures and the publication of detailed reports. Failure to adhere to sound engineering principles during the design and construction phases can result in charges of criminal negligence, among other civil and criminal consequences. The risks of poorly designed or built structures are significant and cannot be understated.

Furthermore, every responsible engineering student should ensure they are appropriately accredited and licensed to work as engineers in Canada.

Proposals to Prevent the Next Surfside

Even before the exact causes of the Champlain Towers South collapse surfaced, structural engineers have proposed multiple potential solutions to prevent similar situations from occurring again anywhere else in the world. Understanding these principles can bolster recovery efforts in future disasters.

Although Miami-Dade and Broward counties require recertification for buildings that are 40 years old, structural engineers believe the requirements are too lenient.

A proposal for improvement includes making recertification inspections more frequent (every 25 years instead of 40) and more thorough. Currently, the recertification process only requires a visual inspection. However, even a building that appears visually sound may conceal severe potential issues.

Requiring inspections to be conducted by a forensics engineer could significantly improve safety. A forensic engineer has the tools and skills to detect potential building failures, even if they are invisible to the naked eye.

Some structural engineers pointed out that most coastal buildings were built according to code and specifications predating current concrete durability standards, as outlined in ACI 318-89.

Another proposal includes establishing a list of all buildings made under outdated codes, then launching systematic structural evaluations to verify whether these buildings meet current standards.

One potential cause of the Surfside collapse may be a legal aspect. According to the Florida Condominium Act, condominium associations are legally required to set aside appropriate cash reserves to finance building repairs and maintenance. However, Section 718.112 of the same law allows associations to waive that rule if a simple majority of condo unit owners vote in favour of postponing the repairs.

Structural engineers have raised concerns that this law may have incentivized repeated delays until Champlain Towers South eventually collapsed, with some attorneys referring to this provision as a legal loophole.

In addition, there were reports that Champlain Towers South had only $777,000 to pay for necessary repairs, a fraction of the estimated $16.2 million that it would take to fix the damage.

Many groups, including engineering associations and public officials, proposed revising and updating all relevant local laws and building codes to remove such provisions from the books. Updating building laws may prevent condominium owners and associations from abusing the law by postponing vital building maintenance and repair schedules.

Canadian structural engineers should consider joining an advocacy or professional group, such as the Ontario Society of Professional Engineers (OSPE), to gain valuable insights on various topics related to the discipline.

For example, OSPE recently published a report on the future of the Gardiner Expressway, sharing the perspectives of several engineers on whether to remove the expressway entirely or choose a hybrid option that simply alters it.

In addition, one of the many benefits of joining a professional organization is networking and finding employment opportunities. OSPE maintains an engineering career centre which is a job board designed to connect engineers with employers. Join OSPE today, and you’ll have access to a wide range of informational and network resources to learn, grow, and further your career.