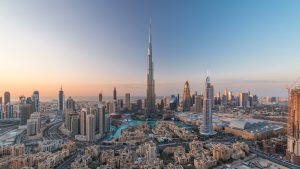 The best way to introduce a student to engineering and its potential to transform the world is to discuss historic and modern engineering marvels that changed the world. From the largest man-made structures and power generation to space exploration, engineers shape our world.

Many of the most remarkable engineering feats have occurred in the 19th and 20th centuries, during the Industrial Revolution, the Great Depression, and following WWII. However, others are more recent, meeting the transportation and power-generation needs of the 21st century.

It’s critical for senior and junior engineers to consider ethics in civil engineering when undertaking a new project. Engineers have a responsibility to the general public to design safe and functional bridges, tunnels, and buildings.

Feats of engineering run the gamut from the Great Wall of China to the steam engine that ushered in the First Industrial Revolution. Many of the world’s engineering marvels, however, demonstrate the capabilities of designers, architects, and workers to transform nature, materials, and earth into bridges, skyscrapers, man-made islands, and underwater tunnels.

The use of engineering success stories by teachers can drive engineering students to identify their passions and career goals, showing them what humankind has achieved.

The Eiffel Tower, located in the Champ de Mars, in Paris, is one of the world’s great cultural icons — a wrought-iron, open-lattice tower. Named after Alexandre-Gustave Eiffel, whose company oversaw construction, the Eiffel Tower was built between 1887 and 1889. Its completion coincided with the World’s Fair, for which it would serve as a monument.

Built-in collaboration with more than 10,000 scientists worldwide, the Large Hadron Collider (LHC) is the world’s largest particle accelerator, based in Switzerland, designed to allow ground-breaking experiments in physics. An engineering marvel of epic proportions, the LHC has a 27-kilometer ring of superconducting magnets intended to increase the energy of the particles, contributing to their acceleration. At its deepest point, the LHC is 175 meters.

Along with the Statue of Liberty, another engineering marvel, the Empire State Building is one of several iconic American structures that defines the U.S. — a 102-story Art Deco skyscraper located in Midtown Manhattan. The Empire State Building was officially completed on April 11, 1931, at an estimated cost of almost $41 million.

Excavation began in January 1930, requiring two 12-hour shifts per day, employing 300 workers for almost three months, all to dig the foundation. Construction began on March 17, 1930, and required more than 3,400 workers, 54,000 tonnes of steel, and more than 5,500 cubic meters of Indiana limestone and granite. Until 1970, when the World Trade Center was built, the Empire State Building stood as the tallest building in the world at 443.2 meters.

The Millau Viaduct is a cable-stayed bridge located in Southern France that connects Paris to Barcelona and holds the distinction of being the tallest bridge in the world at 336.4 meters (1,104 feet). Construction began on October 16, 2001, spanned roughly three years, and cost €394 million (more than$590,167,000 in 2021). The Millau Viaduct was inaugurated on December 14, 2004.

The Channel Tunnel is a 50.45-km (31.35-mile) railway tunnel under the English Channel connecting the United Kingdom to France. The concept had been proposed repeatedly since the 19th century, but it wasn’t until the 1980s that construction began in earnest. Two groups, one English and the other French, used eleven tunnel boring machines to create two railway tunnels and a service tunnel.

The Palm Islands, located off the coast of Dubai in the United Arab Emirates, consists of three artificial islands: Palm Jumeirah, Deira Island, and Palm Jebel Ali. Palm Jumeirah is one of the most iconic, resembling a palm tree enclosed in a ring when viewed from the sky, reflecting its intended use as a coastline tourist attraction.

The Palm Islands were created using land reclamation. Construction companies create new land and valuable real estate by extracting sand from the sea floors, compacting it, and enclosing it in millions of tonnes of rock to protect it.

The Three Gorges Dam is a hydroelectric dam located in the Hubei province in central China. Since 2012, the Three Gorges Dam has been the world’s largest power station with an installed capacity of 22,500 megawatts. Construction began on December 14, 1994, and was completed almost a decade later in 2003, demonstrating the sheer magnitude of the undertaking.

A Flagship-class space telescope, the Chandra, was launched by NASA aboard the Space Shuttle Columbia on July 23, 1999. One of the “Great Observatories,” Chandra, is in the same category as the famous Hubble. As observatories on the earth’s surface can’t detect X-rays and other energy sources as efficiently, space telescopes play a vital role in astronomy. Chandra can detect X-rays, taking photographs of distant parts of the universe.

The Panama Canal is a waterway that joins the Atlantic Ocean to the Pacific Ocean, allowing ships to pass through the Isthmus of Panama. Before the construction of the Canal, ships would have to sail around the southern tip of South America to reach the Pacific Ocean. As a result, the Panama Canal is critical to international and maritime trade. In 1904, the United States acquired formal control of the canal property, opening it for passage in 1914.

The Burj Khalifa is a skyscraper in Dubai, UAE, and the world’s tallest building at 829.8 meters. An engineering marvel, its tubular design, introduced by Fazlur Rahman Khan, allows the Burj Khalifa to use 4,000 tonnes of steel, a fraction of what other famous skyscrapers required. In this design, the skyscraper functions as a hollow cylinder, resisting lateral forces. At such a significant height, wind and other loads are a significant concern.

In civil engineering, one of the most exciting feats will be the construction of smart cities, as more people move into urban environments. The need for advanced transportation infrastructure and housing will require the use of artificial intelligence, automation, and buildings that repair themselves.

These cities will have to be built from the ground up to ensure a high degree of connectivity and will need to be compatible with alternative energy sources and autonomous vehicles.

Contact the Ontario Society of Professional Engineers if you’re interested in gaining insights into other engineering fields and learning more about your profession.