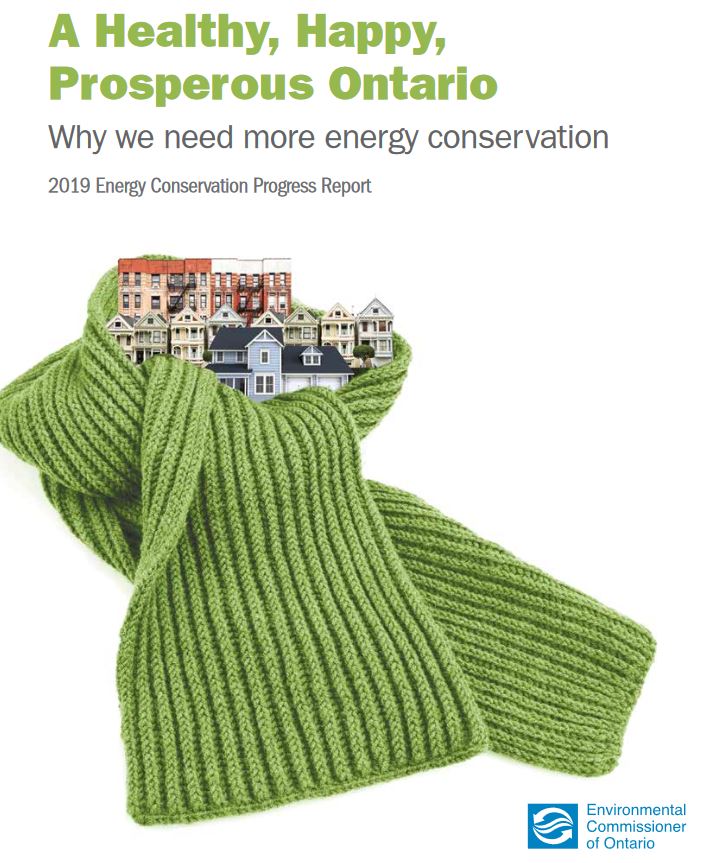 On March 27, 2019 Diane Saxe, the Environmental Commissioner of Ontario (ECO) delivered her last report A Healthy, Happy, Prosperous Ontario – Why we need more energy conservation, highlighting how “Ontario is heading in the wrong direction on the environment”.

The Government of Ontario eliminated the Office of the Environmental Commissioner in fall 2018 and decided to merge its functions with the Auditor General. The Ontario Society of Professional Engineers (OSPE) called on the government to reverse this decision, as OSPE values the importance of an independent office that reports on government progress on climate change, energy and other environmental issues.

In this detailed report, the Environmental Commissioner of Ontario recommends that the government follow these evidence-based best practices:

OSPE supports these four key recommendations because accurately measuring and valuing greenhouse gas (GHG) reductions is important. The transportation sector accounts for 35% of the provincial GHG inventory, so deeper decarbonization of this sector in Ontario is imperative. The government must also establish a lifecycle assessment approach, where emissions are measured throughout the entire process of fuel production, delivery and use stages.

As the Environmental Commissioner’s report points out, Ontario’s current low-carbon electricity system is a critical reality that must be leveraged through additional policy considerations. OSPE’s research has revealed that Ontario’s current electricity system produces significant amounts of surplus emission-free electricity that is exported and later curtailed (wasted). Unfortunately, Ontarians can’t purchase this surplus electricity at the same wholesale price as other jurisdictions. OSPE recommends that the government of Ontario reform its retail electricity price plans, which could reduce consumer energy bills, as well as greenhouse gas emissions.

OSPE agrees with the conclusion of the Environmental Commissioner’s final report, which states that “if the government follows evidence-based best practices and takes appropriate action, energy conservation can help Ontarians save money, reduce climate damage and increase their health and well-being”.

Engineers can provide the government with the expertise required to develop long-term, comprehensive climate change policies to protect the environment. Engineers understand the requirements for innovative, sustainable and efficient building designs, effective energy policy decisions and the impact climate change has on our natural environment and communities.

OSPE will continue to provide the Government of Ontario with sound evidence-based recommendations.

What are you comments on the former Environmental Commissioner’s report?

Adapting to a changing climate: A Great Lakes imperative by Dr. Gail Krantzberg