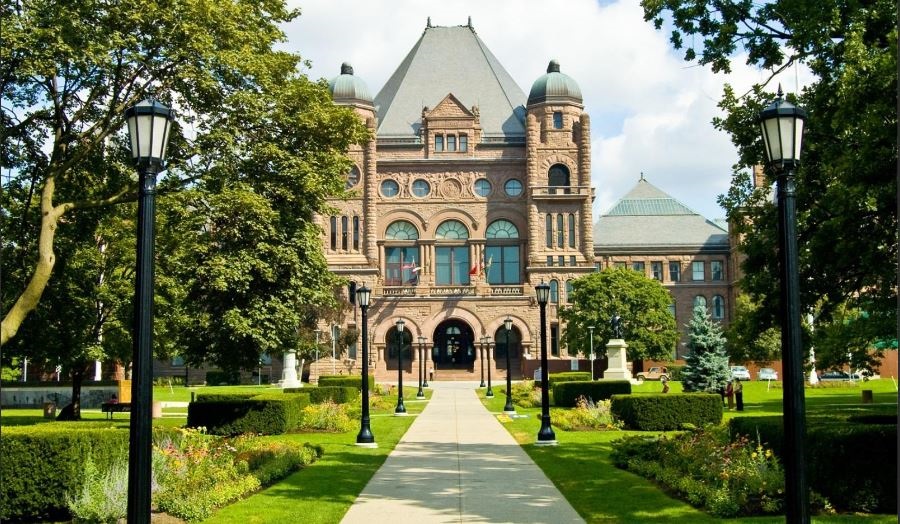 As Ontarians’ hydro rates and climate change concerns continue to rise, OSPE’s energy file has been particularly active over the past year. OSPE’s Energy Task Force has made tremendous headway by advising government to capitalize on growing levels of surplus clean electricity in Ontario’s power system. Ontario’s Ministry of Energy released its Fair Hydro Plan and Long-Term Energy Plan (LTEP), and after months of sustained advocacy, OSPE was pleased to see that the two plans adopted ten of our core recommendations. This will stimulate both direct and indirect jobs for professional engineers.

Last year, OSPE released two major studies: Empower Ontario’s Engineers to Obtain Opportunity An Analysis of Ontario’s Clean Electricity Exports and OSPE’s Submission to the 2017 Long-Term Energy Plan, which indicated that Ontario has a multi-billion-dollar opportunity to re-purpose significant amounts of zero-emission electricity – currently being dumped or exported at a financial loss. These announcements gave OSPE and Ontario’s engineers the largest earned media coverage in OSPE’s history. Both the Government and the Opposition invited OSPE to participate in consultations on key priorities to encourage efficiencies and reduce electricity bills by an average of 25% for residential consumers.

In a 2016 OSPE survey, over 80% of members rated ‘energy and the environment’ as the most important advocacy issue.

With the provincial election less than a week away, OSPE’s Energy Task Force consequently set out to review the platforms of all three major political parties to see how each aims to improve energy policy in Ontario.

Below is a high-level synopsis of this hot-button issue. 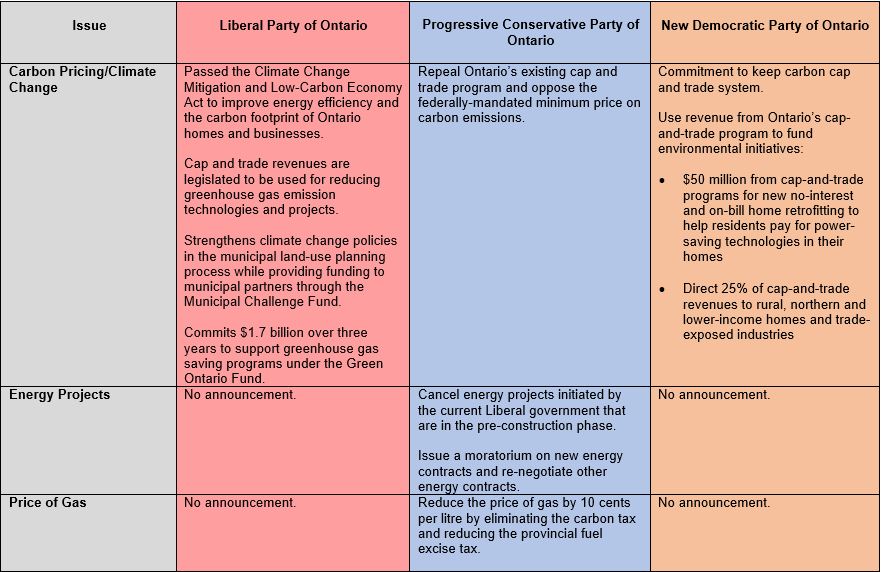 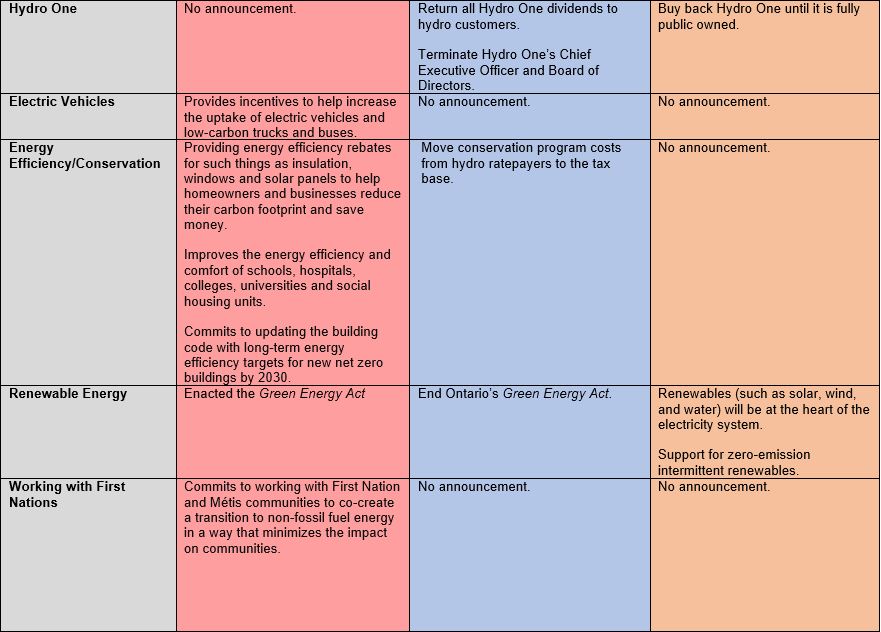 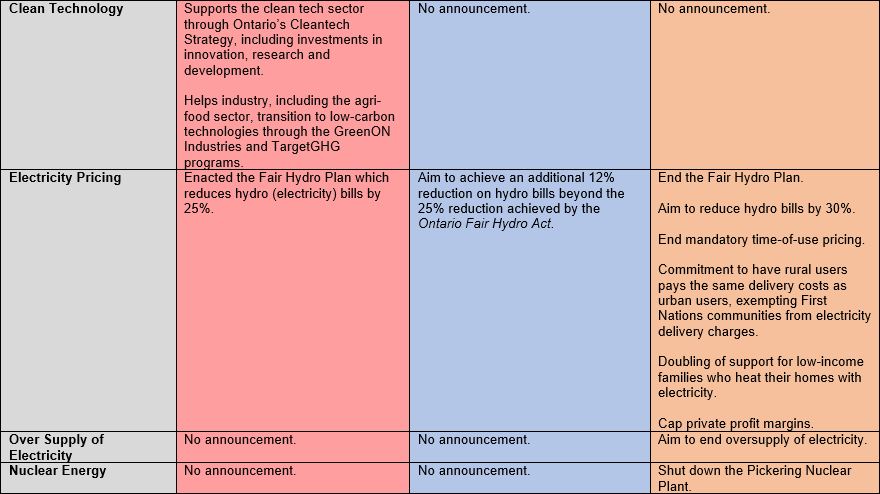 Overall, OSPE’s Energy Task Force believes that all three parties should invest in innovation related to energy storage, smart cities and power generation. The committee also found that none of the parties adequately address how they would tackle the oversupply of electricity, especially intermittent generation that is currently being curtailed (wasted) or exported at low prices. In addition, the plans do not deal with unproductive assets that have been accumulating in electricity rates such as the cost of relocating the gas plants.

Regardless of which political party forms government, OSPE believes that engineers need to be invited to the policymaking table to weigh in on the formulation of energy policies in Ontario. OSPE looks forward to working collaboratively with Ontario’s next Premier and providing evidence-based recommendations to support the province’s energy policy.

OSPE encourages all Ontarians and members of the engineering community to read each party’s platform and exercise their franchise by voting on June 7th. Not sure how? Elections Ontario’s website has important information and resources:

What is the difference between PEO and OSPE?