Today, Ontario Power Generation (OPG) announced it will work together with GE Hitachi Nuclear Energy to deploy a Small Modular Reactor (SMR) at the Darlington new nuclear site, the only site in Canada currently licensed for a new nuclear build. Leveraging a strong Ontario-based supply chain, this clean energy project will create jobs across the province and cement Durham Region’s position as the clean energy capital of Ontario.

OSPE supports Canada’s Small Modular Reactor (SMR) Action Plan because nuclear energy is known to be an effective way to reduce atmospheric emissions including greenhouse gases. A review of major industrial jurisdictions confirms that dependable low emission electricity can be produced affordably with any combination of nuclear energy and hydroelectricity for our base-load electricity requirements. When combined with other technology options, including renewables and hydrogen, new sources of nuclear power, like SMRs, will help Canada meet its goal of net-zero carbon emissions by 2050.

Below is an article written by Lisa McBride, Country Leader, Small Modular Reactors at GE Hitachi Nuclear Energy, that originally appeared in the summer 2021 edition of OSPE’s The Voice magazine. Lisa was also a panelist at OSPE’s 2021 Engineering Conference. 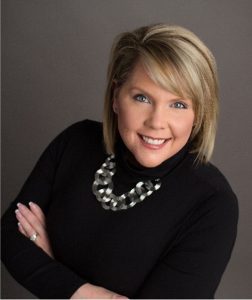 At GE Hitachi Nuclear Energy, we are often asked what the future of nuclear holds. How will nuclear energy help Canada become carbon neutral by the 2050 target? Will more jobs be created? What is nuclear energy’s role in supporting Ontario’s vision of becoming a thriving engineering and technology energy sector?

The nuclear future is bright for Canada, and especially Ontario.  Advancements of time-tested nuclear technologies are poised to bring new levels of affordable, carbon-free and reliable energy to our homes, industries and commercial buildings.

This decarbonization journey was accelerated in 2018 when a committee of Canadian provincial and territorial governments, industries and power utilities contributed to Canada’s Small Modular Reactor (SMR) roadmap. Published by Natural Resources Canada, the report was a look into Canada’s carbon-neutral future. It also described the potential for a new, job-creating industrial sector based on SMRs and was truly a pan-Canadian effort. In December 2020, Canada launched the SMR Action Plan, a plan to develop, demonstrate and deploy SMR technology. This plan brings together key enablers from across Canada—the federal government, provinces and territories, Indigenous Peoples and communities, power utilities, industry, innovators, laboratories, academia, and civil society. OSPE is part of this consortium of partners that believes SMRs can be a source of clean, safe and affordable energy, opening opportunities for a resilient, low-carbon future that is able to capture benefits for Canada while supporting reconciliation with Indigenous peoples.

Small Modular Reactors (SMRs) are a new class of nuclear reactors that are considerably smaller in size and power output than conventional nuclear power reactors, with enhanced safety features.

This technology has the potential for a range of applications. From grid-scale units that can provide non-emitting reliable electricity, to smaller units suitable for heavy industry, and powering remote communities. Several provinces are actively pursuing SMRs, and Canada’s first SMR could be in operation as early as the mid-to-late 2020s.

The good news is we are well down the road to making the SMR Action Plan a reality in Ontario. GE Hitachi Nuclear Energy (GEH) is providing Ontario Power Generation (OPG) with information about our BWRX-300 SMR, including the design process, licensing, scheduling and contracting options. Notably, the BWRX-300 leverages an existing licensed reactor design and certified fuel, while taking advantage of advanced technologies, positioning it to be deployable by 2028 with lower capital investments.

It is the 10th evolution of GE’s boiling water reactor and is the simplest, yet most innovative BWR design since GE began developing nuclear reactors in the 1950s. Once in operation, the SMR is projected to have up to 60 per cent less capital cost per MW when compared with other typical water-cooled SMR and large nuclear reactor designs.

From a design perspective, SMRs involve many engineering disciplines, not just nuclear. In fact, only about 15 per cent of the SMR construction involves nuclear engineers. To support this effort, GEH is recruiting materials, instrumentation and controls, civil, electrical, fuels and structural engineers, among others.

All of these engineering disciplines play an important part in SMR design and construction — from the beginning of the project throughout the plant lifecycle.

Today, cross-functional engineering cooperation has led to SMR breakthroughs and innovation. Working with a diverse engineering team also means finding exciting new ways to work, completing early conceptual design in parallel with digital modeling. We can simulate how systems are going to perform with a digital twin as we are creating the design. Thirty years ago, we could not do that. It was very much an iterative design process where we came up with an idea, modeled it, then took years to understand by testing how it would perform. Now, we can do almost all of that virtually and in parallel.

On top of that, we are using additive manufacturing technologies to build prototypes that include many of the components of the plant. This allows engineers to better visualize and understand how the pieces will fit together.

The result of this engineering cooperation is that we can look at technologies used in other industries and then apply them in this industry that has been around for more than half a century. Our engineers are helping us to cost-effectively simplify the design.

A Safe and Innovative Design

It is noteworthy that the deployment of nuclear energy using large water-cooled reactors has been hampered by the public’s concerns about long-lived radioactive fuel wastes, radioactive releases following major equipment failures, weapon proliferation and recent cost over-runs for large nuclear projects in developed countries. However, SMR technology developers have proposed several design versions, each with a combination of features that addresses those public concerns. Some SMR designs can also meet the various needs of residents in different geographies including dense cities, suburban areas, rural areas and even remote areas with no access to an electric grid.

SMRs can be designed to be passively safe – meaning they will shut down without human intervention or external power sources if major equipment failures occur. This effectively eliminates large off-site radioactive releases following major equipment failures. This passive feature has been demonstrated at research facilities in the United States.

Some SMR designs can be fueled from recycled spent fuel from other reactors. These SMRs can reduce the existing nuclear fuel stockpiles by about 100 times less volume and 1,000 times shorter storage duration.

Great time for Nuclear in Canada

Going back to the original intention of the Roadmap – fostering innovation and establishing a long-term vision for the Canadian nuclear industry.

The Roadmap states, “Canada has one of the world’s most promising domestic markets for SMRs. Conservative estimates place the potential value for SMRs in Canada at $5.3B between 2025 and 2040. Globally, the SMR market is much bigger, with a conservative estimated value of $150B between 2025 and 2040. This represents a large potential export market for Canada, which has already exported nuclear reactor technology to six other countries.”

This SMR value could come from affordable, non-emitting energy, supplying power to homes, offices and businesses. SMRs could even provide process heat for industrial applications, produce clean fuels such as battery charging or hydrogen for transport or to power remote communities and mines.

From an infrastructure standpoint, the energy industry will build, fuel and service reactors in more factorylike conditions. Economies of scale will be achieved in the design and reactors may be standardized. Designs could be simplified, adding inherent safety characteristics. SMRs could also be located underground, further increasing security. They can even be integrated with other forms of energy, such as hybrid nuclear-renewable energy systems.

In the not-too-distant future, Ontario could become the leader of SMR technologies on a global scale. However, Ontario must act now to reap the promise of environmental, financial and employment benefits. GEH’s SMR is projected to be operational in just seven years. It can take unproven technologies decades to come online.

Ontario can solidify its position as a global nuclear energy leader and SMRs will play a big role in that success. The Roadmap sums it up: “Canada has a window of opportunity to lead as it has all the necessary elements – a strong international brand, flexible and performance-based regulator, world class nuclear laboratories and demonstration sites, a mature supply chain and domestic uranium mining industry, extensive nuclear operating experience, and strong science and technology in related areas (materials science, medicine, irradiation/sterilization, food safety).”

Time is of the essence to meet Canada’s global leadership potential.

New Report: Do Women (and Men) Face Barriers to Advance Their Careers?