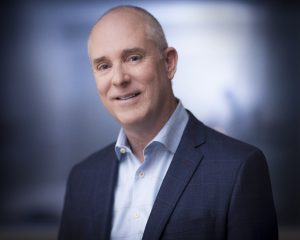 Over four decades, Brian Bonnick has combined his engineering skills and business acumen with a superior work ethic to deliver success, innovation and profits to six Canadian corporations.

With 20 years of engineering and senior management success at Nortel, Mitel, Amdhal and Electrohome—increasing market share, profitability and employee satisfaction at his various firms—Bonnick was well prepared for his new role when he joined IMAX Corp. in 1999 as vice president, research & technology. He was instrumental in turning the firm around by championing the development of the IMAX digital remastering technology— a proprietary system designed to digitally re-master Hollywood blockbuster movies in IMAX format and enabling the company to enter the commercial Hollywood film market. The change in corporate focus resulted in an increase in the number of IMAX-based theatres worldwide from 40 to more than 1500.

Bonnick then headed the development of the IMAX MPX theatre system, which allows theatres to dramatically improve their audio sound systems and resulted in six patents in the fields of acoustics and theatre design. An expert in the field of projection technology, theatre design and acoustics, his most recent achievement is the firm’s largest-ever R&D project—a new generation of laser projection and sound systems that provides audiences a more immersive and visceral viewing experience.

As an engineer, Bonnick holds several patents related to the movie business, including:

Beyond his professional and engineering achievements, Bonnick is an active volunteer, mentoring high school students considering engineering studies and supporting engineering teams participating at the FIRST North American robotics competitions. He freely gives his time, financial resources and passion to a broad group of charitable organizations including: Western Engineering Student Endowment Laboratory Fund, United Way, Movember, KidsFest, Sick Children’s Hospital, Hamilton Health Sciences Foundation, West Parry Sound Health Center, and the Corporation of the Township of Seguin. Bonnick also volunteers as a board member on the Lake Rosseau North Association, which has raised funds to refurbish the local lighthouse, and contributes funds to the community fire boat and nursing station.