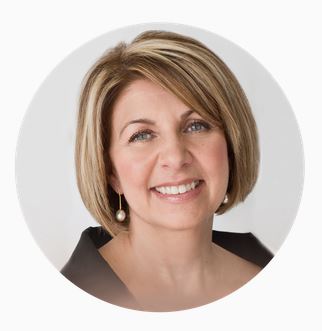 Whether it’s her executive role as chief operating officer, helping lead Morrison Hershfield Group Inc. (one of Canada’s largest engineering consultancies), or her career-long work as a volunteer leader, including appointments heading up both provincial and national engineering bodies, Catherine Karakatsanis has contributed much to Canadian engineering thanks to her natural leadership in both business and volunteer governance.

In her professional life, Karakatsanis joined Morrison Hershfield after graduating as a structural engineer, and steadily rose through several technical roles including structural engineer through to project management, technical director and into senior director and executive roles. She has worked across Canada and the US on numerous high-profile projects and has contributed significantly to engineering excellence in the areas of design, planning and engineering management. Now, as a C-level executive, she oversees all Morrison Hershfield operations across Canada, the US and internationally, and leads four business units representing very diverse business segments in both the vertical and horizontal infrastructure arenas.

And as a dedicated, career-long volunteer leader in Canadian engineering, Karakatsanis is the only engineer in Canada to have led their provincial regulator, provincial advocacy body and national organization.

A devoted advocate for creating a more diverse profession, Karakatsanis worked hard to promote engineering to young people and increase the number of women in the profession during her tenure as president and chair of the Ontario Society of Professional Engineers in 2002-2003.

During PEO’s 2009-2010 Council term, she served as the regulator’s fourth female president and inspired the organization to become a world leader in self-regulation—a vision the association continues to live up to.

​And as president of Engineers Canada, she worked closely with the provincial regulators to deliver national programs that continue to have a positive impact on the profession and its public profile.
​
Her contributions to the profession have been recognized over the years by many organizations and by many awards. Some of her recognition includes: as among the University of Western Engineering’s most successful alumni by the L.S. Lauchland Engineering Alumni Medal (2008); for her dedication to supporting women in the workplace by the Ontario Women’s Directorate Award ‘Leading Women Building Communities Award’ (2013); and for her engineering management expertise through the OPEA Engineering Medal in the Management category (2012). To recognize her cumulative contributions to engineering, management and the community, Catherine was inducted into the Canadian Academy of Engineering as a Fellow (2011); given the Province of Ontario Volunteer 20 Year Service Award (2011); and joined a select few in 2016 to be inducted into the Women’s Executive Network (WXN) Top 100. Most Powerful Women Hall of Fame after being named one of Canada’s most powerful women four years in a row in four different categories.

How Has COVID-19 Affected Our Engineering Community?