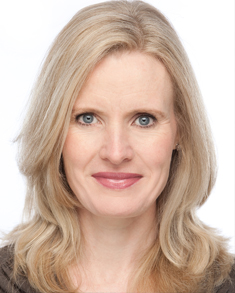 Recognized as one of Canada’s leading tax lawyers, Claire Kennedy, P.Eng., LL.B. has distinguished herself as an extraordinary volunteer and leader in the engineering community.

With a passion for encouraging engineers to take a broader role in society, Kennedy is active in supporting her alma mater, the University of Toronto (U of T), from which she graduated from chemical engineering in 1989. After obtaining her P.Eng. designation in 1991, she shifted her focus and obtained a law degree in 1994 from Queen’s University and was called to the bar in 1996. Now a partner at a major Canadian law firm, Kennedy still holds strong ties to the engineering community through her numerous volunteer efforts.

She has held a variety of volunteer positions within U of T, including president of the Engineering Alumni Association, and founder and chair of its most successful outreach program, BizSkule, a networking and C-suite speaker series for engineers in entrepreneurship and management. She has also been involved in raising funds for U of T’s Department of Chemical Engineering and Applied Chemistry, personally raising more than $20,000 for a micronutrient project to aid developing countries. In 2013, Claire was appointed by the Lieutenant-Governor-in-Council to U of T’s Governing Council, where she also serves on Business Board and on the Executive and Elections Committees and as Chair of the Pension Committee.

Kennedy also serves on the Board of the Bank of Canada, our nation’s central bank.

Her reputation as a role model within the profession is also evidenced by her selection to serve as a Warden for the Ritual of the Calling of an Engineer for Camp One (Toronto), which emphasizes professional integrity and responsibility to young engineers as they embark on their careers.

Demonstrating a concern for issues beyond her professional worlds, Kennedy is a past board member of, and current pro bono legal counsel for, Wildlife Preservation Canada (WPC), a charity that repopulates Canada’s most endangered species. She also serves as pro bono counsel to SunFarmer, a non-profit organization founded in late 2013 to bring affordable and reliable electricity to developing markets. With Kennedy’s support, SunFarmer was able to quickly and fully establish operations in Nepal in 2014. It has since funded solar installations at local schools and hospitals that have had a direct impact on more than 22,500 people.