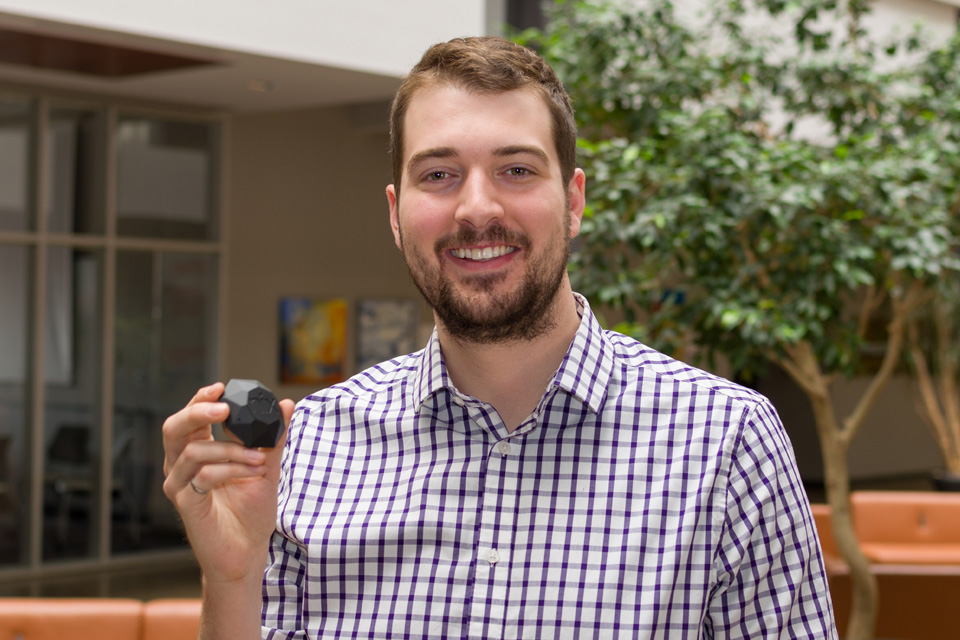 Tonight Hamilton’s own Matthew Sheridan, engineering graduate of Mechatronics & Management at McMaster University, is being honoured at Canada’s largest innovation awards being held in Saskatoon.

The Ernest. C Manning Awards Foundation gives annually at their Gala event to talented Canadian innovators who are improving the lives of Canadians and others worldwide through their commercialized innovations. Sheridan is receiving the David E. Mitchell Award of Distinction and $25,000 for his innovation Nix Color Sensor, a hand-held color sensor he developed which ‘reads’ colors of textiles, cosmetics, computer imaging, commercial paints and graphic design, and is now in 31 countries.

Sheridan first came up with the idea for Nix in 2012 after watching friends in the interior design industry hauling around heavy, expensive paint decks. He was also inspired by another colleague who was trying to create custom-matched makeup for people with severe burns and skin disorders.

Sheridan worked on early prototypes with support from the Hamilton-based Innovation Factory and funding from a Kickstarter campaign that raised $70,000. The result was the world’s first hand-held colour sensor, designed to be a smartphone accessory. Using Bluetooth low energy technology, it can scan surfaces to quickly get a colour reading, save colours for future reference or sharing, test colour quality by comparing scanned colours to known values, and convert between any colour system in the world.

“Traditional methods of colour measurement, such as paint chips and fan decks, are incredibly inaccurate due to varying light conditions and human error,” Sheridan said. “Every colour measurement solution in the consumer market today is difficult to transport, inaccurate, and costs thousands of dollars. Nix is smaller, more economical and user-friendly.”

To date, Nix Sensor Ltd. has sold over 1,000 units to colour professionals in 31 countries. Sheridan says receiving the Manning Award for Nix not only validates his work but represents a win for the entire community which supported its development.

“We’ve been offered opportunities to move to California and other places but we are energized and inspired by the incredible amount of talent in Hamilton, and organizations like Innovation Factory. Without them, we wouldn’t be here today. We’ve spent a lot of time figuring out a viable way to manufacture Nix in Hamilton. We are proud to say that we are producing the highest quality product right here,”  said Sheridan.

The Ernest C. Manning Awards Foundation was established in 1980 when Alberta Energy Company CEO David Mitchell collaborated with former Alberta premier Ernest C. Manning to build a foundation to recognize and celebrate Canadian innovators of all ages and across all disciplines. Since then, the Foundation has built a national network of 3,000 young and adult innovators who are leaders in technology, business, engineering, and social innovation advancement. It has awarded innovation prizes to 255 Canadians who have demonstrated innovative talent in developing and successfully marketing a new concept, process or procedure.