This article was prepared by Nicholas Johnston, a fourth year political science student at the University of Waterloo. Johnston has been involved in Waterloop for the last two years, having joined the team as a sponsorship associate. Joining Waterloop appealed to him because it would allow him to apply his interests in mechanical engineering, while becoming involved in a potentially monumental project.

Waterloop is a concept which was originally proposed by Elon Musk, the guy behind Tesla and SpaceX. Waterloop was originally started as a reactionary measure to act as a proof of concept of a public mode of transportation superior to California’s High-Speed Rail System currently under development. A one-way trip between Toronto to Montreal within the hyperloop could take about 35 minutes, compared to the standard six hours of driving. Musk’s proposed hyperloop will eventually consist of two massive, hollow tubes extending from Los Angeles to San Francisco. Within these tubes will be travel pods, such as the one Waterloop is currently building, which will travel over 700 miles per hour. Using magnetic forces, the pods will be pulled through a low-pressure environment within the tube, engulfing the pods in a cocoon of air, allowing them to travel safely at tremendous speeds, like pucks on an air hockey table.

Waterloop’s team ranges from first year to masters students, across all faculties. The team has grown from a small group of students to a more than 70-member organization working towards making the Hyperloop concept a reality. 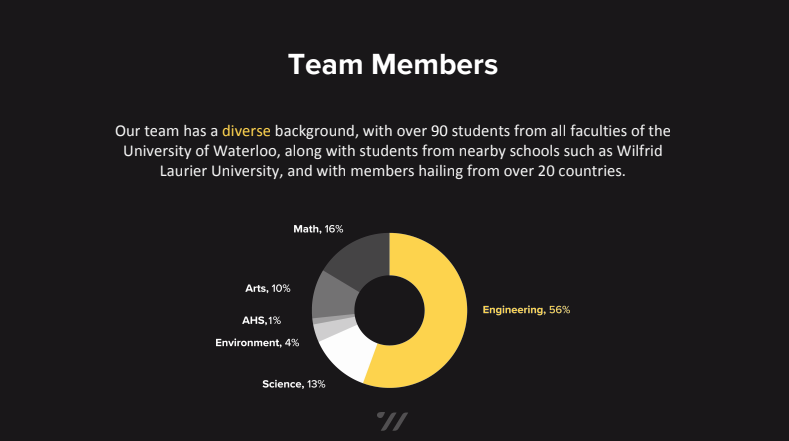 Waterloop is the result of a white paper issued in 2013 by Elon Musk, outlining the creation of a “transportation solution for the specific case of high traffic city pairs that are less than 1,500 km apart”. The math indicates that once the journey’s length exceeds 1,500 km other modes of transportation such as a supersonic airliner or teleportation (queue X-files theme song) become more efficient both in terms of time and costs of travel. Furthermore, the creation of a quiet supersonic plane would immediately solve many of today’s long-distance travel needs. Such a plane would be rather superfluous to transit a sub thousand-kilometer journey, however, and it is precisely within this niche where Hyperloop and similar technologies can bridge a gaping hole in the public transportation network.

The technologies that Hyperloop embrace are shockingly quaint in origin. Elon Musk describes Hyperloop as a glorified mixture of an air hockey table and those tubes that are used to send messages between offices and buildings. The safe and practical implementation of these technologies into a workable transport solution is anything but simple. For example, Waterloop’s pod features eddy current brakes, an elegant arrangement of magnets which rely on magnetic fields to induce drag, thereby bringing the passenger compartment to a serene and controlled stop. In addition to magnetic fields, the pod itself does not simply ride on wheels like a train or a car. Instead, it levitates on a cushion of air like a plane, without the slightest semblance of turbulence jostling its passengers, effectively delivering an utterly smooth journey. All of these technologies combine to create an extremely refined transit experience. 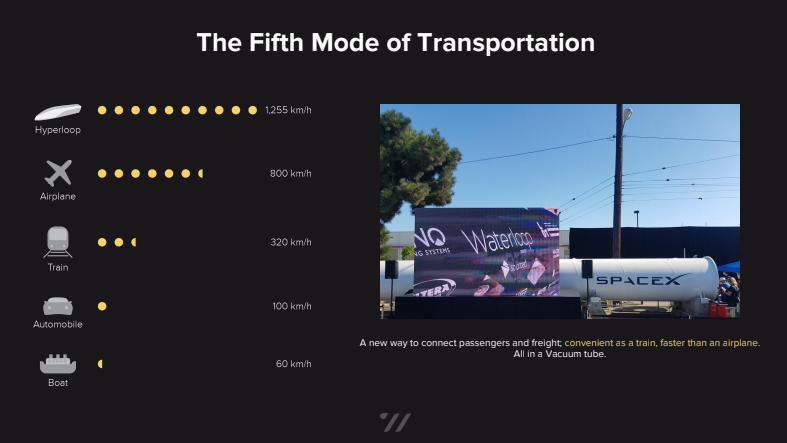 In 2015, Waterloop began work on its very first pod named Goose 1, alluding to the aggressive, and charming campus residents which bless the University of Waterloo’s campus and harass its student population year around. In 2017, Goose 1 was selected by the Hyperloop competition’s California-based, Muskfunded team of engineers to take part in SpaceX’s first pod competition following the submission and examination of a comprehensive Declaration of Design and Performance (DDP). Goose 1 scored exceptionally well during the first competition due to its stunning performance and daring design which really pushed the envelope as far as outside the box thinking was concerned. Waterloop, with its Goose 1 pod, was the only team to have featured, much less successfully tested, air propulsion levitation as well as building and testing a functional eddy current brakes system, a feat few professional engineering firms can say they have accomplished. 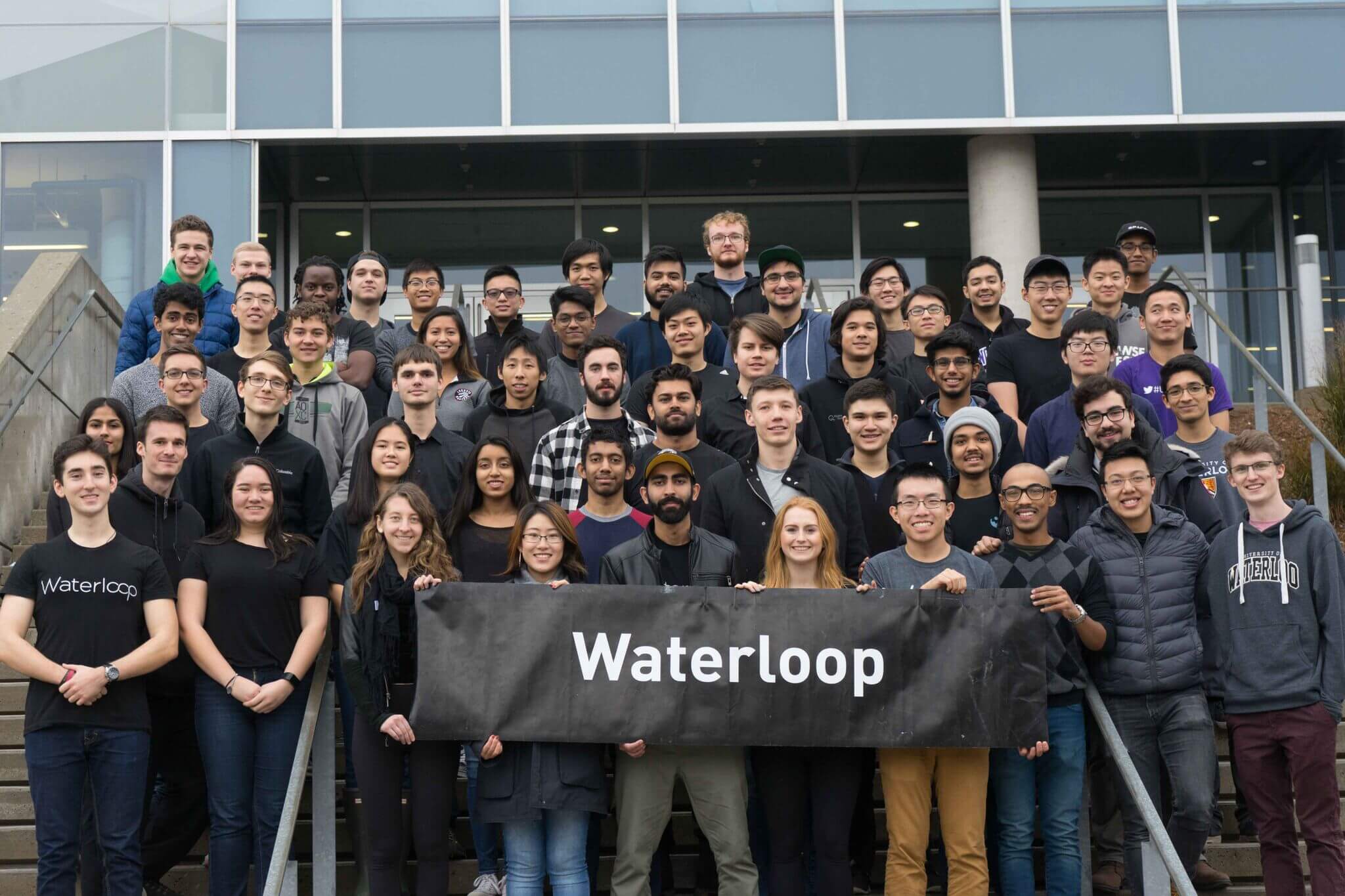 Even more impressively, Waterloop managed to create, test and compete with this stunning array of technical achievements despite having a team comprised of full-time university students who were balancing the development of the technical feats listed above with school, a constantly changing student body, and personal commitments outside of their volunteering with the team. Additionally, they were able to achieve all of those feats with a budget that was one third that of competing teams.

Today, Goose 4 maintains this pedigree by incorporating ambitious and smart design, with the Waterloop team having readied the design for entry into the next round of competitions in April 2019. Waterloop recognizes that the march toward a workable solution for the revolution in medium distance travel is a marathon, not a sprint. Therefore, the team will continue to develop and innovate new technologies so as to better their designs.

If you would like to help or support Waterloop, please reach out to the team through our website, Waterloop.ca, and let us know how we can work together. After all, innovation starts here.