Stormwater infrastructure in Ontario is in poor condition and under tremendous strain as the number of severe flood events increase. The Ontario Society of Professional Engineers (OSPE), the Residential & Civil Construction Alliance of Ontario (RCCAO) and the Ontario Sewer & Watermain Construction Association (OSWCA) partnered in 2017 to better assess the province’s ability to cope with the impending impacts of climate change and severe weather patterns. 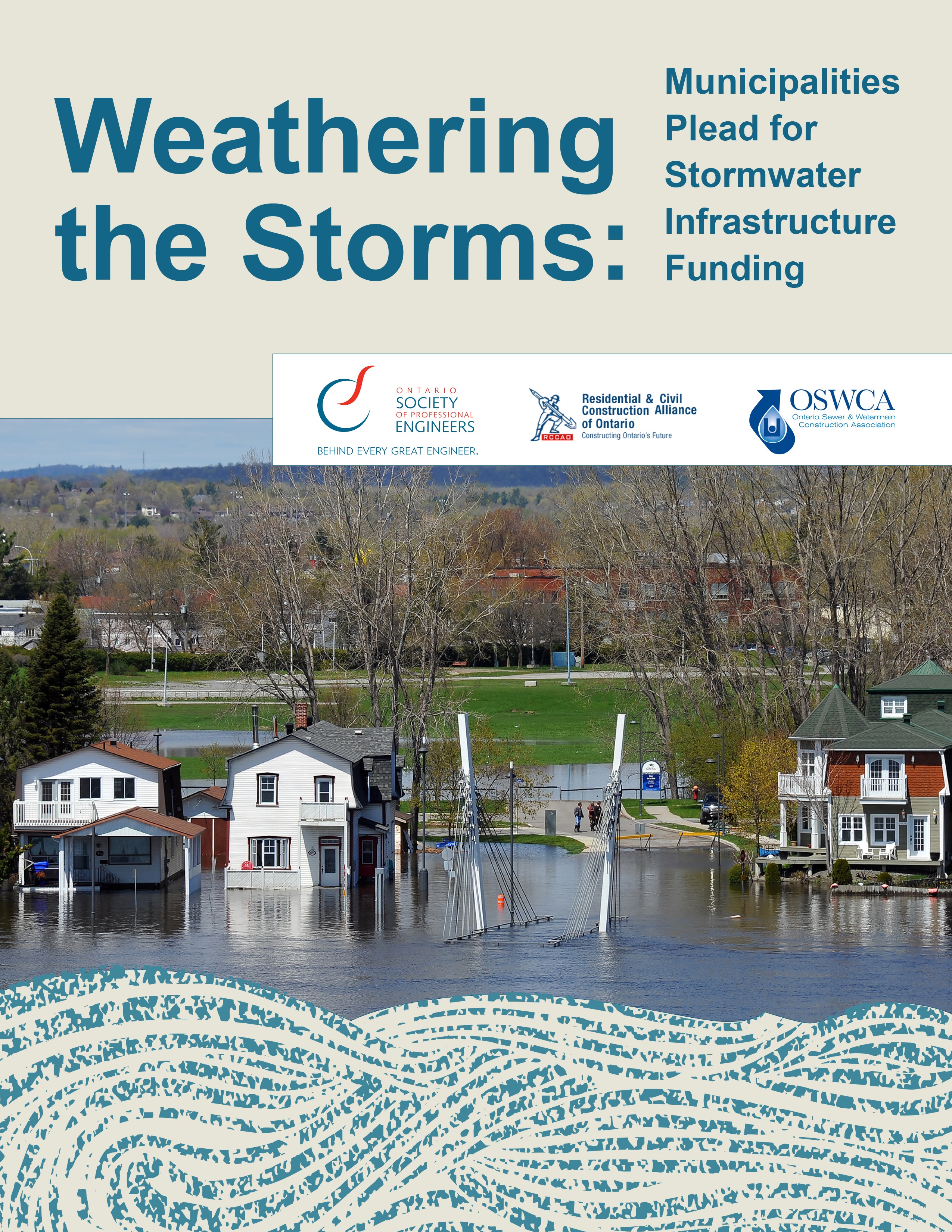 This week, OSPE and its allied organizations released a joint-report entitled Weathering the Storms: Municipalities Plead for Stormwater Infrastructure Funding, which found that resources and funding are extremely limited when it comes to asset management planning that is done in municipalities across Ontario.

It is estimated that $1.2 billion would be needed to replace stormwater infrastructure in six focus municipalities alone, with populations ranging from under 50,000 to more than 500,000. As this funding gap increases across Ontario, so will the economic and environmental impacts caused by deficient stormwater management systems.

“Stormwater infrastructure is extremely complicated and is significantly different from water and wastewater,” said Mark Hartley, P.Eng., water resources engineer and member of OSPE’s stormwater project team. “Municipalities need to prepare stand-alone Stormwater Infrastructure Asset Management Plans that include details of both engineered and natural structures, including their replacement as well as operational and maintenance costs.

More than half of the municipalities that responded to the survey (58%) reported limited to no engineered stormwater management infrastructure. This is of particular concern when considering the potential dangers that climate change and severe weather patterns pose to our communities.”

In an era of more intense weather, OSPE, RCCAO and OSWCA believe that this matter must be addressed on an urgent basis to protect property and public health and safety.

Check out OSPE’s one-pager for a summary of findings from the stormwater report.

What do you think Ontario must do to better prepare for severe weather and flooding now and in the future?