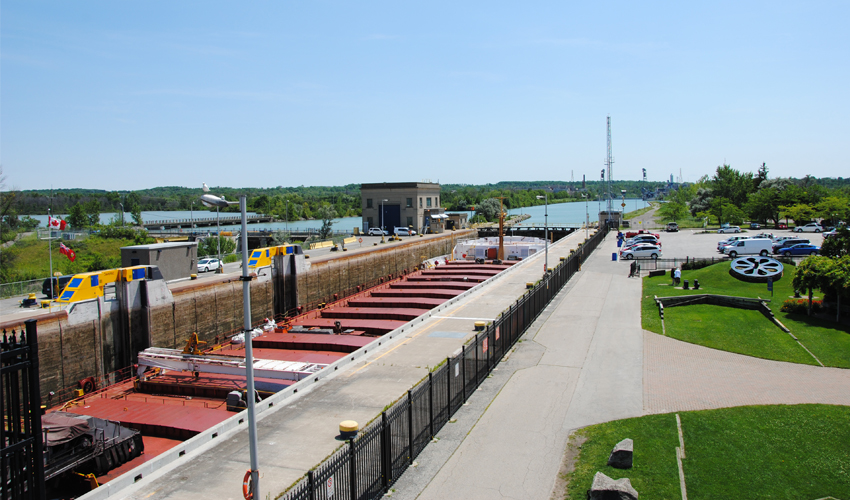 Years of research, patience and innovative engineering led to the creation of the world’s first hands-free mooring (HFM) system for deep water locks in 2014 by the St. Lawrence Seaway Management Corporation (SLSMC). The innovation was designed to improve safety, reduce transit times and increase competiveness of this all-water trade corridor.

The SLSMC operates the Canadian sections of the St. Lawrence Seaway, which connects 40 ports within the 3,700 kilometres of the Great Lakes/Seaway System to the Atlantic Ocean.

Development of this pioneering technology started in 2005 and was completed eight years later with a production-ready system. HFM was a complex project, having to overcome many obstacles and incorporate solutions for a wide variety of vessels and environmental conditions. It also involved key design, operational and programming changes that challenge the very foundation of how vessels are processed in locks.

The Project of the Year – worthy HFM system employs vacuum pads mounted on vertical rails to secure a vessel during the lockage process, tracking the ship as it is raised or lowered, while keeping it at a safe, fixed distance from the lock wall during the mooring process. The use of vacuum technology was never considered in a lock environment until SLSMC started its development in 2007. This new technology gives the seaway’s high-lift locks the ability to attach to vessels that were previously not able to access the system due to special equipment requirements. This will enable many more vessels to use the marine highway–lifting them a total of 168 metres–as they transit from Montreal to Lake Erie. 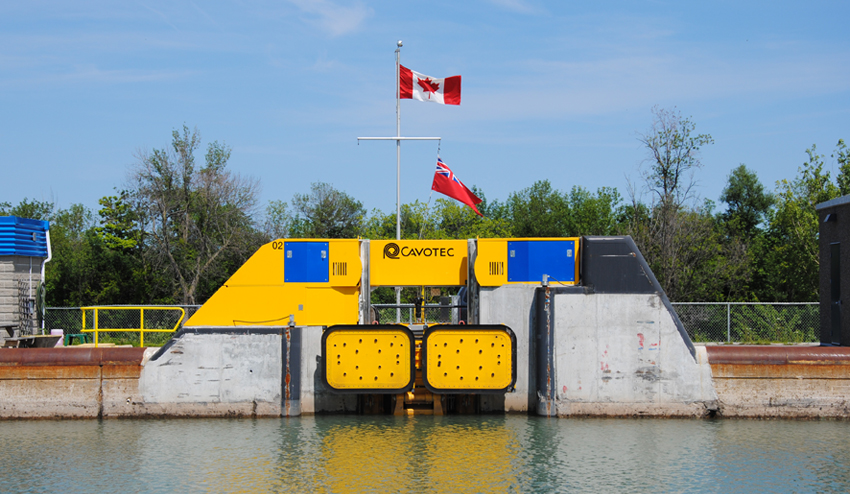 In time, HFM will fully replace the traditional practice of a lock crew manually securing vessels with steel mooring lines to prevent free movement of the ship on the water. The manual method is not only time consuming and labour intensive, but potentially dangerous if a line breaks or has not been properly maintained or fastened.

Deployment of HFM technology is now underway. It is scheduled to be fully implemented into all 16 of the seaway’s high-lift locks by the summer of 2016.

A historic feat of engineering: The Wuppertal Schwebebahn