For more information on the upcoming election and other candidates, click here. 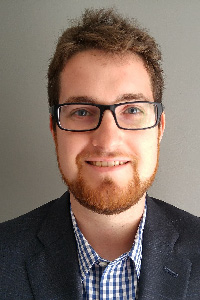 Nicholas graduated from the University of Toronto in 2010 as an Electrical Engineer and went straight into industry. Throughout his time in industry, he worked on a number of sensor applications and quickly began to recognize the limitations that exist with electrical solutions. A better alternative had to exist, and this was found through research being done at Ryerson University with fiber optic sensors. With a background in solving real world problems, Nicholas went back to school and completed his Master’s degree at Ryerson University in August 2016, with his research focused towards developing a unique, low-cost solution that could enable the replacement of conventional electrical strain gauges. Nicholas obtained his Professional Engineer certification in September 2015 and has been a strong supporter of the education of future engineers, acting as a course administer at the University of Toronto and volunteering for a number of different events, such as VEX, and Formula North. The opportunity to be involved with the OSPE Board would be an honour and in-line with the desire to educate and grow the engineering community in Ontario.